IMAGINE….become a judge, a doctor, a lawyer, a teacher.  Our clients have reached these goals with our assistance.

Watch how CART can work for you!

Captions Unlimited can caption to any platform. We can assist in setup.  Many organizations used this mode of communication during the COVID pandemic and beyond. We can also deliver a rough draft transcript minutes after the event is over. This service is not just for accessibility; it can also be used to assist all individuals with clarity of the spoken word.   We are able to stream text to Adobe Connect, Facebook Live, WebEx, Zoom or any other platform. It is easy to incorporate live captioning/streaming text. Contact scheduling@captionsunlimited.com.

January 2019 and January of 2020  – CES – biggest electronics show ever…and Captions Unlimited was there at all venues, walking (and at times running) around with a steno machine providing services to attendees who needed captioning services. Read more… 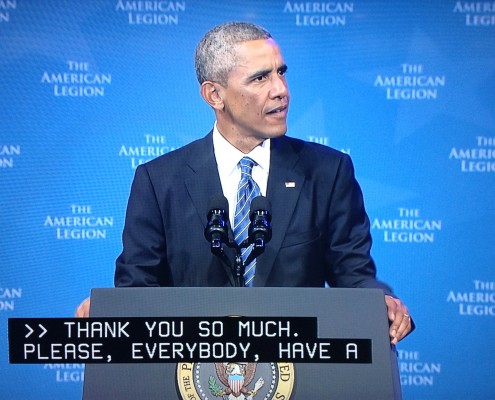 Captions Unlimited is a leader in providing writers for multiple rooms.  In 2019, we provided captioning for 75 simultaneous breakout sessions using EEG iCap and Falcon.   Each quarter, we provide 30 to 35 captioners for a single event with multiple breakout rooms.

Imagine an easy-to-use and low-cost method that the deaf and hard-of-hearing population can utilize to access the spoken word.

In the U.S., there are over 30 million people who are deaf or hard of hearing, and only a fraction of them are aware of how easy it is to set up CART captioning services.

We provide services to the entire deaf and hard-of-hearing population in every aspect of life–schools, doctor appointments, meetings and seminars, funerals, weddings, graduations, etc.

Imagine a service that can be provided in any venue anywhere in the world and has no boundaries: if we can hear it, you can read it the moment the words are spoken, and a transcript can be provided immediately after the event concludes. 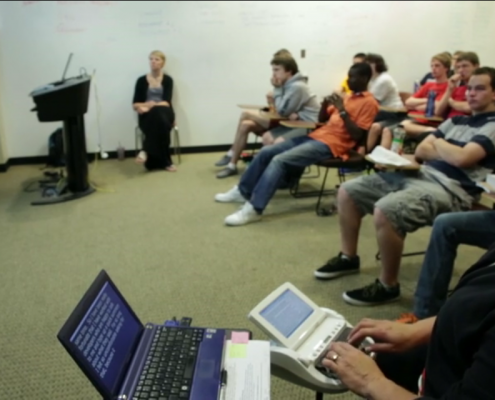 Thanks to Captions Unlimited of Nevada, Inc. and the hard work of Denise and Karen, I’m enjoying my chemistry class more than I ever thought possible. If you haven’t tried CART yet, give it a try. It’s another valuable communication tool!

This past year has been very difficult as I am learning my new profession. Having full access to communication today, I’ve learned so much and most of them would have helped me months ago at my job. Again, my sincere appreciation to you.

Managing a global team for MSN with staff located around the world and working on a dynamic new product launch with tight schedules can be tough, but thanks to Captions Unlimited, being deaf has not impacted my ability to communicate with my team.

Caption Unlimited’s transcriber had a challenging job, with a fast speaker, lots of jargon and unusual vocabulary, and I don’t think he missed a single word. I am, once again, stunned by the effort made to ensure that ALL employees have full resource access.

I am thrilled at how things have worked out with our CART Services and am happy to hear that you’ve connected with folks that I have recommended. I continue to sing your praises! I look forward to continuing to work with you.

I’ve worked for Denise directly, as well as known her from my work in the captioning industry. Her captioning ranks in the best in the nation. I recommend her without reservation.

Denise is one of the best CART interpreters in the business. She’s also one of the nicest people I know. As a late-deafened adult, I rely on her skills regularly. I’m also fortunate to call her a friend.

In the decade I have been working with Denise Phipps and Shawn, her office manager, no matter what time of day it is, I’ve don’t think I’ve waited more than 10 minutes for a reply – their client communication is amazing.

The American Legion has used Captions Unlimited for several events over the last few years, and we can not be happier with our experiences. Denise and her team are always well prepared and very professional.

Captions Unlimited has provided us with the consistency and accuracy of their finished worked product ever since we contracted transcription services with them. Their turnaround time for transcriptions is also second to none.

Confidentiality is always maintained and has never been an issue.  Their attention to detail, flexibility and exceptional customer service, places them heads and shoulders above their competitors.

Through their superior coordination, attention to details, technological support, and timeliness at all times, we have been able to complete jobs that lesser companies would have no hope of completing.

Read more testimonials from our clients >

Venues for Closed Captioning and CART

What is Closed Captioning?

Closed captioning (CC and subtitling are both processes of displaying text on a television, video screen, or other visual display to provide additional or interpretive information.  We provide open and closed captioning in many venues:  Graduations, awards ceremonies, musical, theater and other performances.   Captioning is used to enhance the spoken word in many venues where the acoustics and/or other ambient noises prevent clarity of the spoken word.   Captioning can be simultaneously broadcast over the TV, Internet via webcast and/or YouTube.

Read more about our services >

We can turn your transcripts into captioned files quickly and economically. We can also transcribe your audio/video and provide a transcript and/or caption file. 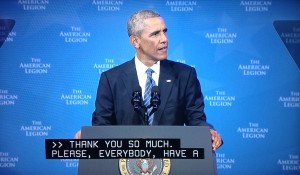 Now there is realtime Internet captioning to take communication access wherever it is needed.  CART providers offer realtime captioning at events like religious services, conventions, business meetings, public hearings, or in classrooms.

Trained as stenographic reporters, CART providers are able to type the words of a sermon, seminar, testimony or lecture on steno machines. The stenographic notes are translated instantly into word-for-word text on a computer screen and then simultaneously streamed seamlessly over the Internet to the consumer’s computer screen.

CART not only allows people with hearing loss to understand what is being said, but also to understand the interaction within an environment, such as a question from a student to a professor or jokes or environmental sounds such as cell phones ringing and laughter at the back of the room.  This allows the individual who is deaf or hard of hearing to be an active participant rather than just a silent observer.

Find out more about CART >

Denise Hinxman is owner and CEO of Captions Unlimited of Nevada, Inc. She has been providing captioning and CART services since 1992.  Denise frequently lectures and demonstrates the benefits of realtime captioning all over the world. Captions Unlimited’s network of captioners and CART providers spans the United States and Canada. We specialize in providing CART and captioning in highly technical areas.

Read more about our team > 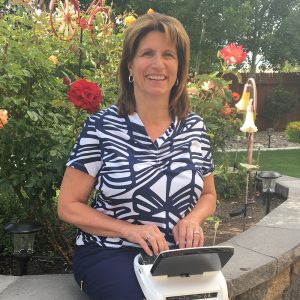 The United States has several laws covering accessibility requirements for persons with disabilities, including those who are deaf or hard of hearing. On October 8, 2010, President Obama signed the Twenty-First Century Communications and Video Accessibility Act (CVAA) into law. The CVAA updates federal communications law to increase the access of persons with disabilities to modern communications. The CVAA makes sure that accessibility laws enacted in the 1980s and 1990s are brought up to date with 21st century technologies, including new digital, broadband, and mobile innovations.