Since 1996, Captions Unlimited has earned the trust of its customers around the world by providing quality customer-focused services to individuals who are hearing impaired by using innovative technology, specialized expertise and outstanding service quality. No matter how challenging your issues may seem, our technology, service and desire to help will make your most challenging issues happy memories. 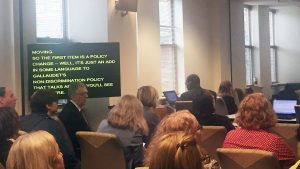 Trained as stenographic reporters, CART providers are able to type the words of a sermon, seminar, testimony or lecture on steno machines. The stenographic notes are translated instantly into word-for-word text on a computer screen and then simultaneously streamed seamlessly over the Internet to the consumer’s computer screen.

CART not only allows people with hearing loss to understand what is being said, but also to understand the interaction within an environment, such as a question from a student to a professor or jokes or environmental sounds such as cell phones ringing and laughter at the back of the room.  This allows the individual who is deaf or hard of hearing to be an active participant rather than just a silent observer.

Where can CART be provided?

Anywhere! Truly, imagine it – anywhere. Captions Unlimited and its team of writers around the nation provide on-site CART and captioning for all environments. We also provide CART and captioning services remotely, through the Internet, in any location around the world. If we can hear the content, and there is an Internet connection, our CART system will work seamlessly in any venue. We have captioned to places as far away as India, China, Istanbul and Russia. 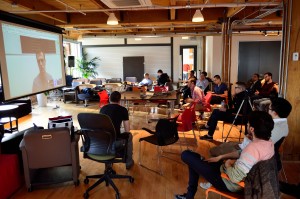 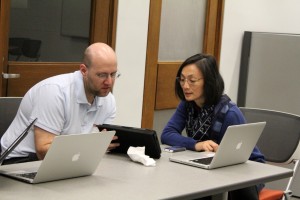 There are three essential items that help provide for a successful remote experience.

After the event is scheduled, the student clicks on an Internet hyperlink and is directed to a website where the text will be streamed simultaneously with the words spoken. The audio is sent in many different ways. Each classroom is different depending on size and configuration of the room. Audio can be sent over a telephone, utilizing a telephone coupler and a PA system or wireless microphone. Audio can also be sent over the Internet using Internet telephony. Simply download Skype, Yahoo or AOL Instant Messenger or Google Talk and plug an FM System into the computer. An Internet telephone call is made to the captioner. The captioner listens to the audio over the Internet while simultaneously streaming the words he/she hears back over the Internet to the student’s computer. A transcript is then available for download within 24 hours.

Learn more about CART for you >

Captions Unlimited brings the concept of broadcast captioning to the Internet world by seamlessly integrating realtime text with other streaming media. We have perfected the concept of captioning live at a convention or seminar session and then streaming the same text out onto the web simultaneously. We are also experts at sending text to an encoder to your on-site facility and stream that same content simultaneously to the web.

Audio and video presentations featuring live news events, seminars, conventions, shareholder meetings, broadcast interviews, legislative meetings and the like are becoming ever more feasible over the Internet with today’s lower bandwidth capabilities. Many organizations utilize this service so that members who otherwise could not attend in person can benefit from the information being presented. You can now meet ADA requirements by providing access to persons with disabilities. Transcripts are available for archiving and searching.

Streaming text can be performed live or after the fact. Set up a demo today and see this marvelous technology come to life for you and your organization.  A demonstration of our captioning service can be set up in minutes via the Internet. 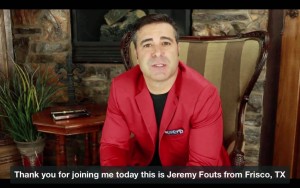 Captioning is a system developed to display text on a television or video screen via a line 21 encoder. Captioning can also be done over the Internet.

Closed captioning (CC and subtitling are both processes of displaying text on a television, video screen, or other visual display to provide additional or interpretive information.  We provide open and closed captioning in many venues:  Graduations, awards ceremonies, musical, theater and other performances.   Captioning is used to enhance the spoken word in many venues where the acoustics and/or other ambient noises prevent clarity of the spoken word.   Captioning can be simultaneously broadcast over the TV, Internet via webcast and/or YouTube.

We can turn your transcripts into captioned files quickly and economically. We can also transcribe your audio/video and provide a transcript and/or caption file. 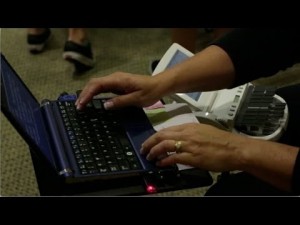